How We Use Hypnotherapy 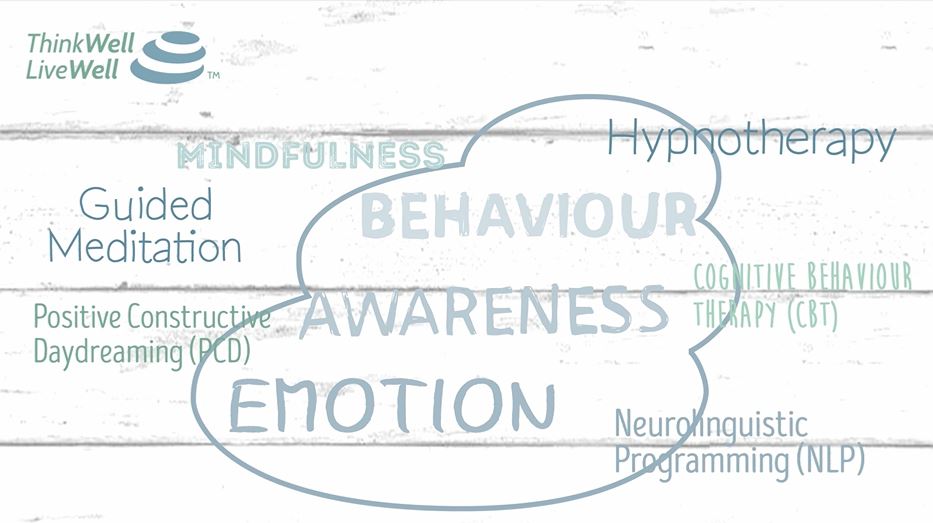 Hypnotherapy begins with nothing more than altering your state of mind: distracting/shutting out the conscious and critical factors, so that you can engage and access the resources of your subconscious.

That relaxed, yet focused and aware state of mind, is almost identical to the ‘mindful’ state and produces much the same benefit and enjoyment.

Hypnosis and hypnotherapy are often disappointingly misunderstood and undervalued, but many national health authorities – including those of the US and UK – are increasingly prescribing or approving hypnotherapy for treatment of a range of issues. This could be seen as medicine coming full-circle, given that belief in the capabilities of the mind was almost all that humanity had available before reliance on chemical science came to the fore, particularly in Western medicine.

The main differences between hypnosis and mindfulness are the way in which hypnosis is generally brought about (hypnotherapy often uses narrative and imagery), and the ability of hypnosis to engaging the subconscious.

In contrast to mindfulness, which brings about general change over time, hypnotherapy is used to bring about targeted change in a relatively short time. After engaging the subconscious, a range of techniques, most of them common to our other therapy modalities, are used to help the subconscious reach a changed awareness and, consequently, to change behaviour.

Self-hypnosis occurs with almost all of us several times a day. Ever missed a stop by being lost in your thoughts? Ever ‘lived’ the emotions of a film, knowing it to be fantasy?

How We Use Hypnotherapy

The main thing we borrow from hypnotherapy is the transition from the nonspecific, cumulative promotion of wellbeing in ‘pure’ mindfulness to targeted, issue-specific well-being programmes (particularly in our Well in Body and Well in Mind levels).

The easiest way to explain the difference is to use a sports analogy, and describe the mindful state as the gym or treatment room – where the athlete prepares generally – and the way we engage the subconscious in hypnotherapy as taking that work onto the training field and using it to achieve specific goals.

So it can be seen as taking the ‘mindful state’ and doing more with it!

‘Nothing to download! Just add us to your home screen: Tap

Nothing to download! Just add us to your home screen.